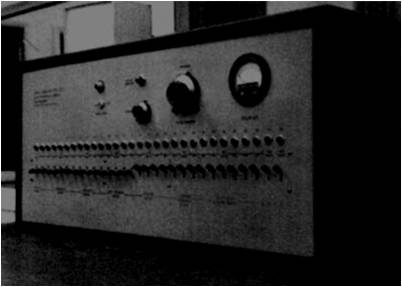 Would you – yes, you – torture someone, just because you’d been told to?

In the wake of the Holocaust and the trials that followed, in which the defence ‘I was only obeying orders’ gained notoriety, a young psychology student set about trying to find out.

Stanley Milgram was only 28 when he first devised the experiments on extreme obedience which now bear his name.  For the benefit of those unfamiliar with the set-up, the experiments took place in a laboratory into which the volunteer subject, together with a conspirator in the experiment, were led having been explained they were taking part in an investigation into learning and memory. The two drew lots to determine who would ‘teach’ and who would ‘learn’ – the lots had been fixed so that the volunteer would ‘teach’.

As the two were shown round the set-up and informed of what they were to do, and  the ‘learner’ attached to electrodes through which the ‘teacher’ would administer a mild shock in the event of an incorrect answer, the ‘learner’ would drop into the conversation the ‘fact’ that they had a heart condition. The ‘teacher’ would then be reassured that the experimenter, and the institution sponsoring the investigation, would ‘take full responsibility’. The experiment would then begin.

For comparison U.K. Mains voltage, at 230 volts, is plenty enough to put a life at risk.

Some of the results of these experiments are well-known, but they come as a shock to those who stumble upon them for the first time. Some people have tried to explain-away the apparent cruelty by postulating that the volunteers knew, or else twigged during the experiment, that the shocks were a sham and the ‘learner’ had been detailed to act the pain – to scream and bang the desk, and then fall silent.

Most people, once the initial shock clears, have the natural reaction ‘I would never obey cruel orders…’. But people do. They – we – do it in experiments and in real life, as yesterday’s grievous anniversary reminds us.

No-one else in the animal, plant or fungus kingdom (and please weigh-in to say if I am wrong here) inflicts deliberate, prolonged suffering on other individuals of their own species. There are parasites who appear to do this to their hosts, there are species who practice infanticide and even cannibalism in extreme survival situations, but nobody – nothing else on earth – tortures.

Since the sixties Milgram’s experiment has been replicated all over the world. Every demographic has had a go – women as well as men. The proportion of people who complied and took the process all the way to the lethal 450 volts, fell for the most part between 40% –  men from Australia – to 90% – men from the countries of Eastern Europe still recovering, at the time of the experiment, from their totalitarian states  .

There are theories which attempt to explain this away, but nevertheless: Women of Australia, I salute you.

One thought on “The price of obedience”